A Clash of Civilizations On K2 : East Vs West

While most of the Pakistanis  desire to flock away somewhere due to harsh winters this season, there are few guests in town who are doing the opposite. It is about the ultimate mountain climbing challenge. The world’s most challenging mountain combined with the harshest of weather imaginable above sea level. Welcome to K2 in Winter. Out of all 14 8000erspeaks, K2 is the only un climbed peak in the extremes of winter. Two highly experienced teams ,are here to meet the challenge.One from East is Russian/Kazakhstan dominated while other one from West is Spanish/Poland dominated. The Eastern  team comprises of Vassiliy Pivtsov (Kazakhstan), the expedition leader, Dmitry Muraviov (Kazakhstan), Tursunali Aubakirov (Kazakhstan), Artem Brown (Russia), Konstantin Shepelin (Russia), Roman Abildaev (Russia) and Michael Danichkin (Kyrgyzstan). Their offical presence is https://www.winterk2exp2019.com/ https://www.instagram.com/winterk2exp2019/ The Westren team led by renowned mountaineer Alex Txikon of Spain, includes Felix Criado (Spain), Marek Klonowski (Poland) Pawel Dunaj (Poland) and eight seasoned Sherpas from Nepal. http://alextxikon.com/expedicion/9/en https://www.instagram.com/alextxikon/ K2 Winter Push : The challenge of reaching K2 in Winter is now almost three decades old. Four different expeditions tried to solve this problem, but to no avail. 1987-1988  Polish National Expedition from Pakistan side, led by Andrzej Zawada. Climbed till 7300 m 2002-2003  Polish expedition from Chinese side, led by Krzystof Wielicki. Climbed till 7650 m 2011-2012  Russian National Expedition from Pakistan side, led by Victor Kozlov. Climbed till 7200 m 2017-2018  Polish National Expedition from Pakistan side, led by Krzystof Wielicki. Climbed till 7400 m As of 27 January 2019 both teams are making progress and are in 6000m altitude range. Take a back seat, grab your cup of hot coffee... END_OF_DOCUMENT_TOKEN_TO_BE_REPLACED 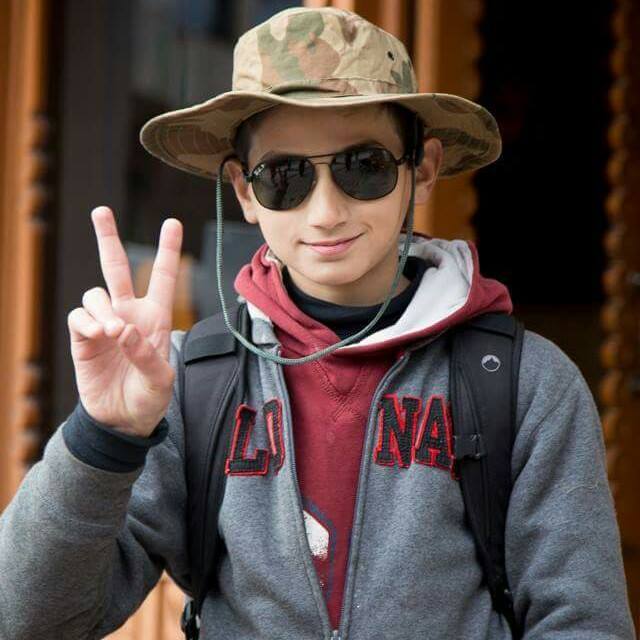 Pakistan is a great place for climbers. It has five of world’s 14, 8000 meters and it has more than 100 peaks greater than 7000m. But how often is that a teenager can become an acclaimed trekker and morph into Pakistan’s Youngest Mountaineer. So as a matter of a fact this boy from Lahore is now on Pakistan’s climbing and mountaineering radar. His name  ? Shehroze Kashif. His age ? Fifteen Years. According to Shehroze his inspiration came from one of his father’s trip to Shogran where he saw some trekkers starting their journey towards the PakPeak Makra (3885m).So that must have been love at first sight as Shehroze was particularly curious about what his father and his trekking partners did when they got to the top.(A question he still must be finding answer). Next was PakPeak Musa Ka Musalla (4080m) in Kaghan Valley,which he also did at the age of 12 back in 2014. Next was PakPeak Ganga Choti (3044m)  situated in Pir Panjal Range and  located near Sudhan Gali in Bagh District, Azad Kashmir, Pakistan.With enough experience under his belt by now, the little mountaineer eyed for something serious. PakPeak Mingli Sar (6050m) is in the Shimshal Valley in Gilgit-Baltistan. Pakistan’s legendary mountaineer Nazir Sabir set foot for first time on PakPeak Minglik Sar (6050m) in 1988.After 27 year of Nazir Sabir’s great feat,15 year old Shehroze waved the national flag on top of  PakPeak Mingli Sar (6050m) on 31 July 2015. He mentions that it was difficult peak to scale as the route was less than ideal. Apart from the above mentioned climbing feats, Gondogoro Pass near K2 base camp remains his another... END_OF_DOCUMENT_TOKEN_TO_BE_REPLACED 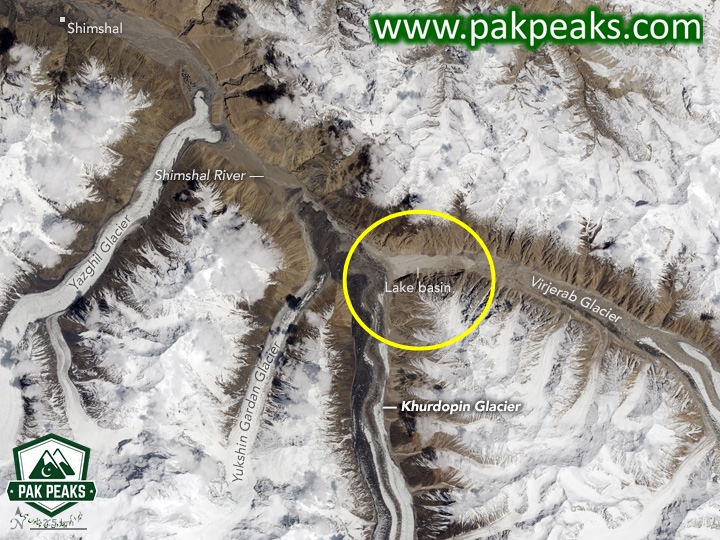 Why NASA is worried about Shimshal Valley?

While travelling on Pakistani section of 918 km long Karakorum Highway (N-35), we take a right turn near Passu over Hunza River onto a road that moves along Shimshal River and leads deep into Shimshal valley. This “Mountaineers Valley of Pakistan” has various PakPeaks around it including PakPeak Distaghil Sar (7885 m), PakPeak Shimshal White Horn (6303 m), PakPeak Minglik Sar (6150 m), PakPeak Lupghar Sar (7200 m), PakPeak Yazghail Sar (6000 m) and PakPeak Kunjut Sar. Owing to presence of such huge PakPekas several glaciers flow into the Shimshal Valley perpendicular to the flow of the Shimshal River. Four of these glaciers are at the center of scientists attention at NASA monitoring the impacts of global warming. These four glaciers are Khurdopin, Yukshin Gardan, Yazghil, and Malunguti.   Once these glaciers slides and bump into the narrow valley they have little room to move before meeting with the Shimshal River. This little maneuvering space can result in blocking of the river itself. More recently activities occurring in 47 km long and located at an altitude of 5800m, Khurdopin Glacier are the main cause of scientists worry.After showing marginal movement over the years , the gigantic Khurdopin Glacier began  to rapidly advance in October 2016. By March 2017 it was accelerating at an astonishing rate of roughly 20 meters (65 feet) per day which is one of the fastest rates observed for a glacier in this region. This resulted in creation of a sizable glacial lake. However by July 2017, the river had carved a way out  through the glacier before the lake could grow extremely large. In late July 2017, the size of the lake dropped... END_OF_DOCUMENT_TOKEN_TO_BE_REPLACED 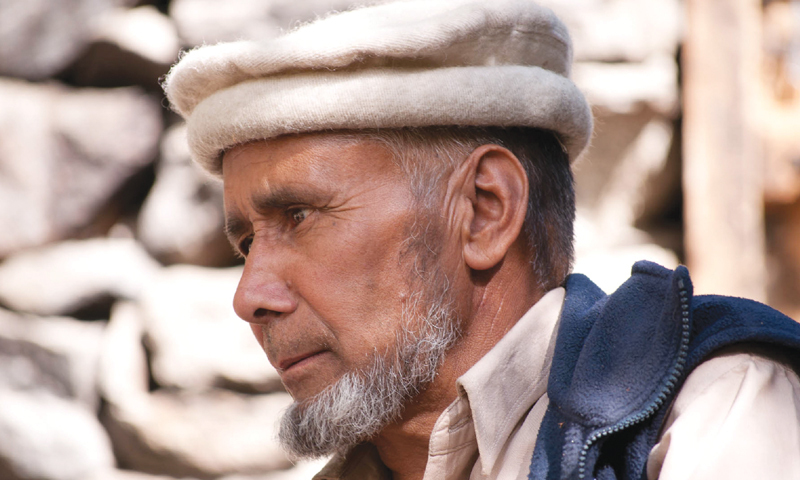 About 200 porters were to be selected by famed British mountaineer Chris Bonington in 1978 for his team attempting to scale the K2. Hounding him for a place on the team was a short man with a big smile, Mohammad Karim from Skardu, but Bonington repeatedly told him: “You are too little and cannot become our team member.” Disheartened but determined to still get selected, Karim sneaked around Bonington, swiftly snuck his head between the big man’s legs, hoisted the two-metre-tall Brit on his shoulders and ran the length of an open ground. The assembled porters broke into fits of laughter, but Bonington was impressed by the audition. Karim was granted his wish, he would be part of the expedition to K2. This is the story of renowned high-altitude porter from Skardu, Mohammad Karim, popularly known as Little Karim. Despite assisting celebrated climbers to scale the peaks of the Karakorum, 65-year-old Karim is a somewhat elusive yet humble character, thankful for the adventure opportunities life threw his way. Ringing in the cracks and crevices of the Karakoram Range are stories of valour, virtue, loss and desperation. One man knows these accounts better than anyone else — he is after all the protagonist in many of themI tried to set up a meeting with him multiple times, but he was always one step ahead and I would always narrowly miss him. A few weeks ago, I was informed by a mutual friend that Little Karim was in Skardu city and was about to leave for his village, Hushe. Luckily we managed to contact him and invited him for lunch.... END_OF_DOCUMENT_TOKEN_TO_BE_REPLACED

Koh Kambaran is a mountain  in Balochistan. It is located at an elevation of 2,568 meters above sea level.Its coordinates are 28°49’34” N and 64°55’37” E). On Monday, 11 May 1998 Indian Prime Minister Atal Behari Vajpayee  stunned the world by announcing at a hurriedly convened press conference that earlier that day India had conducted three nuclear tests. International observers were, if anything, even more astonished by the announcement two days later that two additional tests had been conducted. This act of India finally pursued Pakistan for a befitting response and on 18 May 1998, the Pakistani premier ordered his scientists “Dhamaka kar dein” (Conduct the explosion). The 28th May 1998, thus became the A-Day for Pakistan or the Youm-e-Takbeer when at 3:16 pm in the remote mountains of Balochistan, Pakistan carried out its first nuclear test under the Koh Kambaran (Ras Koh Hills). In an TV address to the nation, the then prime minister of Pakistan congratulated the Pakistani nation and said that “Today, we have settled a score and have carried out five successful nuclear tests.” Ras Koh Hills are independent of and should not be confused with the Chagai Hills further north on the Afghanistan-Pakistan border, in which, to date, no nuclear test activity has taken place. A short while after the button was pushed, the earth in and around the Ras Koh Hills trembled. The OP vibrated as smoke and dust burst out through the five points where the nuclear devices were located. The mountain shook and changed colour as the dust of thousands of years was dislodged from its surface. Its black granite rock... END_OF_DOCUMENT_TOKEN_TO_BE_REPLACED

The Kirana Hills is a small and extensive rocky mountain range located in Sargodha, Pakistan. It is also a place of tourist attraction in Sargodha City. Locally known as “Black Mountains”  due to its brownish landscape, its highest peak is about 980 feet (300 m). Pakistans first cold test of its nuclear device was carried out on March 11, 1983 in the Kirana Hills near Sargodha, home of the Pakistan Air Forces main airbase and the Central Ammunition Depot (CAD). Cold Test (CT) is a means of testing the working of a nuclear device without an explosion. This is achieved by triggering an actual bomb without the fissile material needed to detonate it. The test was overseen by Dr. Ishfaq Ahmed. The need to improve and perfect the design of Pakistans first nuclear device required constant testing. As a result, between 1983 and 1990, the Wah Group conducted more than 24 cold tests of the nuclear device at Kirana Hills with the help of mobile diagnostic equipment. These tests were carried out in 24 tunnels measuring 100-150 feet in length which were bored inside the Kirana Hills. Later due to excessive US intelligence and satellite focus on the Kirana Hills site, it was abandoned   Source :... END_OF_DOCUMENT_TOKEN_TO_BE_REPLACED
« Older Entries
Next Entries »