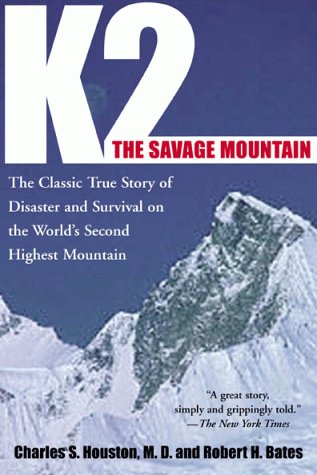 K2, The Savage Mountain: The Classic True Story of Disaster and Survival on the World’s Second Highest Mountain

This is a captivating read about the 1953 American expedition to K2. The mountain had yet to be conquered despite numerous attempts, and the Americans hoped this would finally be their year. The team was made up of experienced climbers, including two who were part of the 1938 K2 expedition, but it was their camaraderie and strong belief in teamwork and brotherhood that pulled the climbers together when injuries and extreme weather forced them to retreat 1000′ below the summit. Written in a straightforward, unromantic manner by members of the 1953 expedition, K2, The Savage Mountain tells the story from its humble beginning to the desperate descent in hellish conditions.