Almost one week long Askole-Concordia trek to K2 Base Camp has the status of being one of the most spectacular in the world.

In the words of Fosco Maraini beyond Askole, the last human habitat, one enters into “The Greatest Museum of Shapes and Forms”. 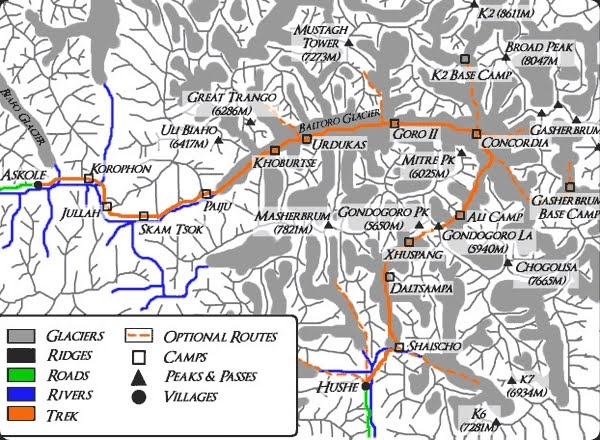 The name Concordia is of Latin origin, meaning ‘harmony with the heart’ and was first used by a British mountaineer for a place where two or more glaciers meet. Famously called as the “The Mountaineer’s Paradise”, Concordia is at the end of weeklong Askole – Baltoro trail that leads to K2 Base camp. Concordia is an amphitheater of mountains and a major crossroads where two glaciers and several trekking routes meet. It is the confluence of 65km long Baltoro Glacier and the Godwin-Austen Glacier. 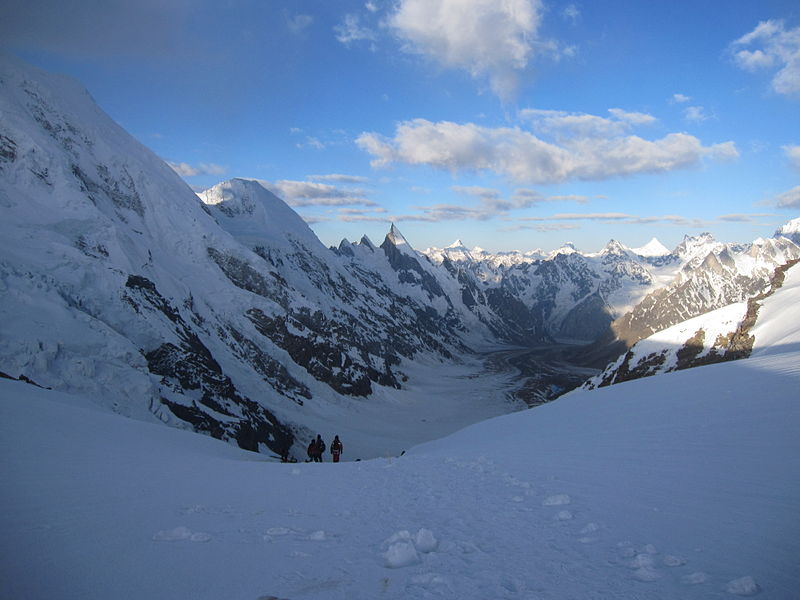 Gondogoro Pass (or La as it is in the local language) is a very impressive pass. Many teams choose to walk out this way because of the outstanding views from the pass summit. PakPeak Masherbrum (7821m) is very close and to NW one see the whole Gasherbrum group, PakPeak Chogolisa (7665m) and  PakPeak Baltoro Kangri (7800m). To the north PakPeak K2 and Broad Peak are visible. In the south the extraordinary PakPeak Laila can be seen.

From Concordia it’s a long day’s walk to Ali Camp. First you walk past PakPeak Mitre and head up the next valley/glacier on your right hand side. Watch out for rock falls when entering the valley.When approaching Ali Camp, watch out for crevasses. Ali Camp has a 100 Rs./night fee. Ridiculous prices for “nature preservation” (there’s loads of garbage all over the place), “guiding services” (I never saw any guides when I walked over the pass) and “security” (some bad plastic ropes, attached in extremely bad way is to be seen close to the summit of Gondogoroa Pass) has to be paid. For 1-3 persons it’s 2500 Rps. For 4-8 persons it’s 4500 Rps. The pass is privately owned.

It could take 5-7 hours to reach the pass from Ali Camp. For an acclimatized mountaineer, this is about 3-4 hours. It can be very windy on top of the pass, as it is a lot of elevation drop on the SW side. It’s quite steep on this side (40-45 degrees). There are glaciers in the middle of the glacier further down.

The path gets really good before the little camp site of  Xhuspang / Shispang , where you also can get very basic meals.

The glacier gets more difficult to travel after the camp and when you have passed the first rocky part and entered the main valley, stay to the left all the time. Doing so makes you avoid all the large crevasses and the left hand side is also the side you leave the valley on. When at the bottom of the first valley, take a left and enter some very nice meadows with yaks. Excellent views of sharp peaks. Some tricky, slide sections have to be passed. The walk gets easier again when heading down the lower part of the Gondogoro glacier towards Shaishcho. In this little settlement you can eat and pitch your tent under nice-smelling wild roses.

The Hushe – Skardu road is of awful condition for the first couple of hours. From close to Khaplu the road is asphalt all the way into Askole. Count on few  hours from Hushe to Skardu.

Well come back after completing the great Loop. 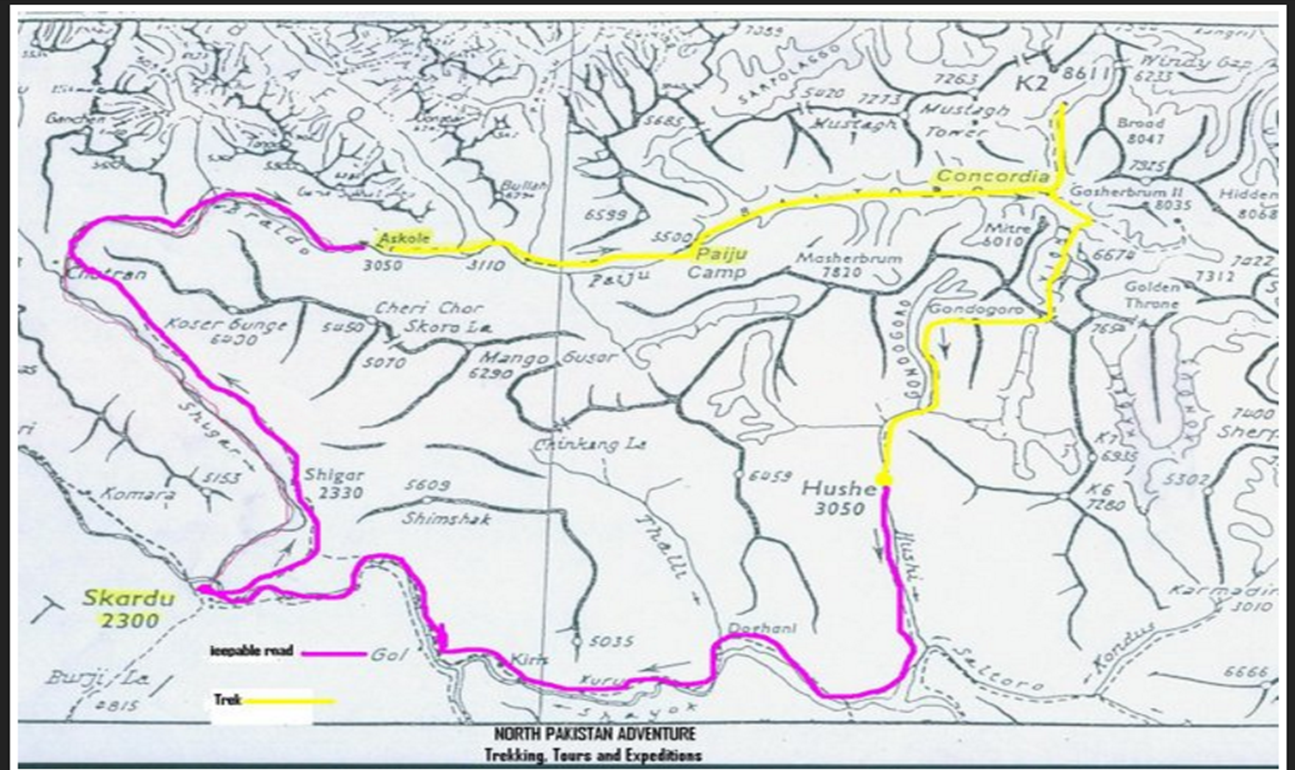