There are many cities in the world historically believed to be built on Seven Hills. Jerusalem is one of them.Seven hills of Jerusalem are Mount of Olives, Mount Scopus, Mount of Corruption,Mount Ophel,the Original Mount Zion, the New Mount Zion and the Hill on which the Antonia Fortress was built.

To the east of Old Jerusalem a mountain ridge runs for 3.5 kilometers and three out of seven hills of Jerusalem are on this ridge including Northern Peak of “Mount Scopus”, the Central “Mount of Olives” and Southern Peak called as “Mount of Corruption”.The “Original Mount Zion” lies in the Upper Eastern portion whereas the “New Mount Zion” is located in the South Western of the Jerusalem city.”Mount Ophel” lies in the central portion.On the North Eastern side of Jerusalem lies the historical “Antonia Fortress Hill”. 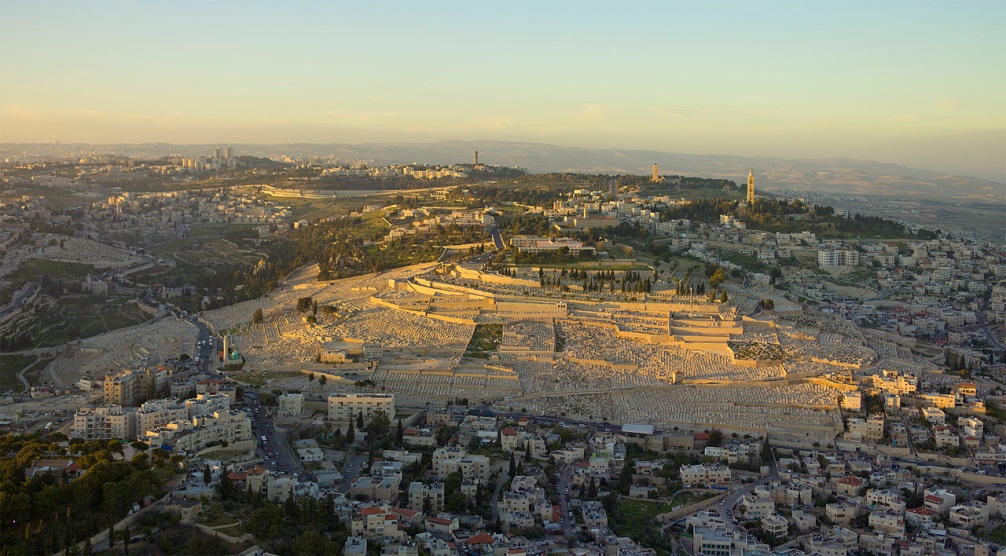 Mount Olivet (Arabic: جبل الزيتون, الطور‎‎, Al-Tur) is a mountain ridge east of and adjacent to Jerusalem’s Old City. It is named for the olive groves that once covered its slopes. The Mount has been used as a Jewish cemetery for over 3,000 years and holds approximately 150,000 graves. Because of its association with Jesus and Mary, it is a holy site for Catholics, the Eastern Orthodox, and Protestants Christians. Much of the top of the hill is occupied by At-Tur, a muslim majority village.

The northern Hill also called as جبل المشارف‎‎ is a part of 3.5 km long mountain ridge to the east of old Jersualam and islocated to North of Mount of Olives. It offers best views of the city and hence the name ” Mount Lookout”. Modern day important landmarks located on the Mount Scopus include Hebrew University of Jerusalem, Israel’s national school of art, Hadassah Hospital and National Botanical Garden of Israel.

It is the southernmost peak of 3.5 km long mountain ridge to the east of old Jersualam and is located to South of Mount of Olives. In Christian writings it has been called as the “Mount of Offence,” and now, by the Arabs, Baten el-Hawa. 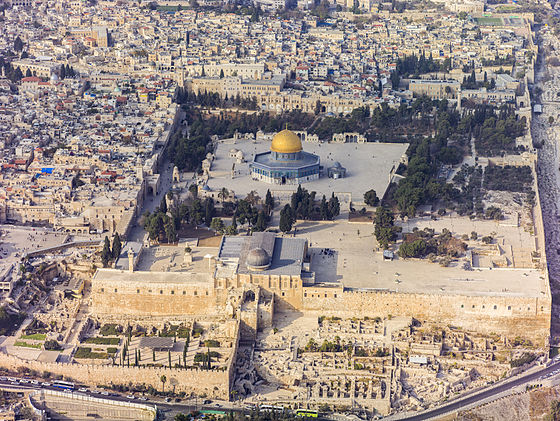 (Aerial View of Temple Mount as per Jewish Tradition. The compound include Masjid Aqsa and Dome of Rock.)

(جبل صهيون‎‎, Jabel Sahyoun) is a hill in Jerusalem just outside the walls of the Old City. According to Jewish history once the First Temple was erected at the top of the Eastern Hill, the name “Mount Zion” migrated there too.After the conquest of the Jebusite city, its build-up area expanded northward towards the uppermost part of the same, Eastern Hill. This highest part became the site of Solomon’s Temple. Also the “Mount Zion” seems to refer to the top of the hill, generally known as the Temple Mount. According to Jewsih traditions it is also refered to as Mount Moriah (which is location of Abraham’s sacrifice attempt of Issac (according to Christian/Jewish traditions).For Muslims this holds good for Mount Marwah in Mecca and the son was Ismail not Issac. 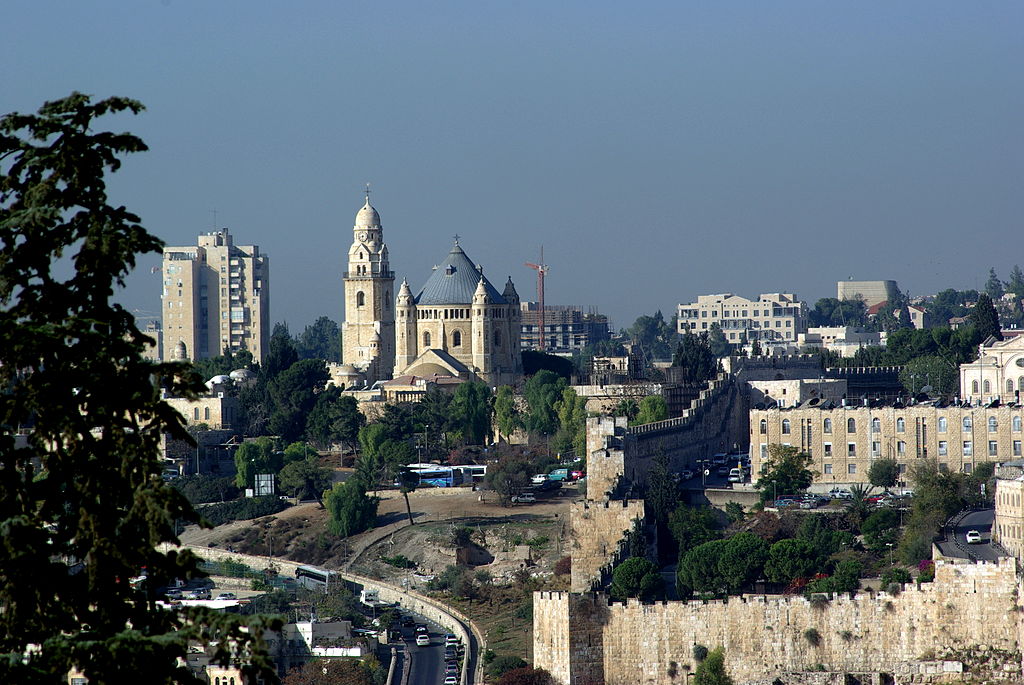 (View of Mount Zion from Mount of Olives- Wikipedia)

Today the south western hill is called Mount Zion or the “Westren Hill” as compared to the “Eastren Hill” or Temple Mount. Important sites according to Jewish traditions on “Western” Mount Zion are Dormition Abbey, King David’s Tomb, the Room of the Last Supper, The Chamber of the Holocaust and a Catholic cemetery where Oskar Schindler, who saved the lives of 1,200 Jews in the Holocaust is buried.( Refer to 1993 Oscar winning Movie The Schindler’s List).In a wider sense, the term Zion is also used for the entire Land of Israel.

According to Hebrew Bible the Ophel refers to a specific part in two cities: the extended City of David (the oldest part of Jerusalem), and at Samaria, the ancient capital of the Kingdom of Israel. The biblical name apparently is given to a certain part of a settlement or city that is elevated from its surroundings, probably means fortified hill or risen area just as in case of Jerusalam

This hill is located on the northeastern side of the Jerusalam city near the Temple Mount and the Pool of Bethesda. The hill is famous for Antonia Fortress. Built in Jerusalem on the site of earlier Ptolemaic and Hasmonean strongholds, the fortress is named for its patron Mark Antony and a pre 31 BC date is certain for the Fort as Mark Anthony was defeated by Octavius (later Caesar) at the sea battle of Actium in 31 BC.

12 Mountains from Islamic History
and……
Holy Quran and Mountains