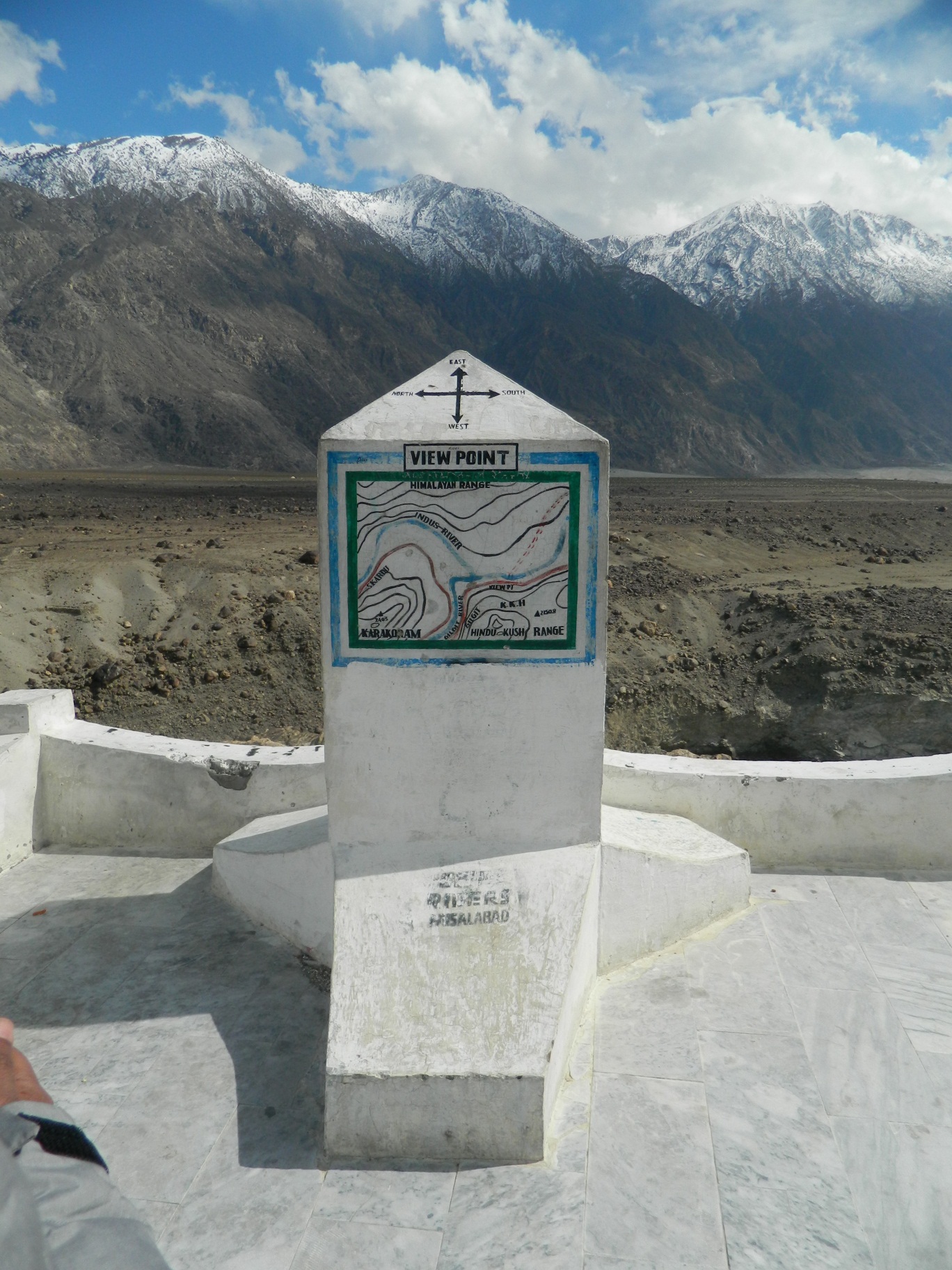 Junction Point of three mightiest mountain ranges of world near Gilgit deserves much better monument than this.

National monuments are representative of a nation’s ambitions and aspirations. Over time they become an integral identity of a country, city or a nation. Eiffel tower for Paris, Statue of liberty for US, Tower of London for UK, Burj Khalifa for Dubai and Petronas Towers for Malaysia are not mere steel or cement structures raised to meet the demands of a growing metropolis but insignias of valor, determination and progress of their people.

So what can be the “National Monument for Pakistan”. Obviously Pakistan have well defined monuments for individual cities like Faisal mosque for Islamabad, Minar-e-Pakistan for Lahore, Mizar Qauid for Karachi, Bab-e-Khyber for Peshawar and Ziarat Residency for Quetta. Over the years these monuments had been well engrained in our collective  memory.

But the question remains what can be or should be the singular and most representative “National Monument “ for Pakistan.Which place qualifies for the building such an important monument?

In our humble view such an important monument is yet to be built.
But Where? 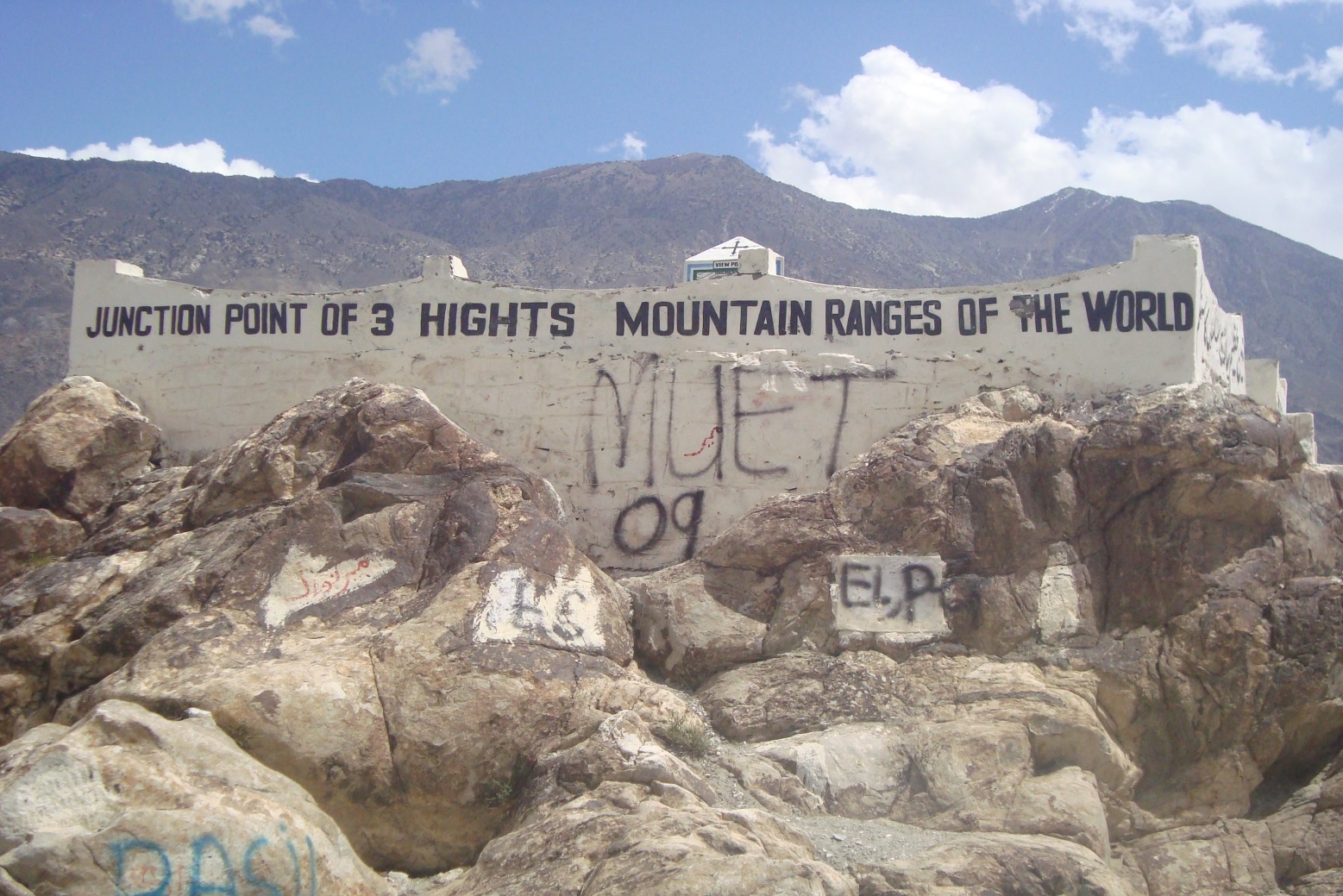 The national landmarks are normally “towering” structures casting and projecting the passions, ambitions and aspirations of a nation or a country. Pakistan is lucky nation to host to three of the world’s biggest and most spectacular mountain ranges, the Himalayas, the Karakoram and the Hindukush. The convergence of these magnificent ranges, at the confluence of Indus and Gilgit rivers near Jaglot -a small town 40 Km south of Gilgit city-, create a unique geographical feature on earth.

What more appropriate place can be found for building a “National Monument” at a junction point of three mightiest mountain ranges and confluence point of two rivers merging together, one i.e Indus being as old as human civilization it self. 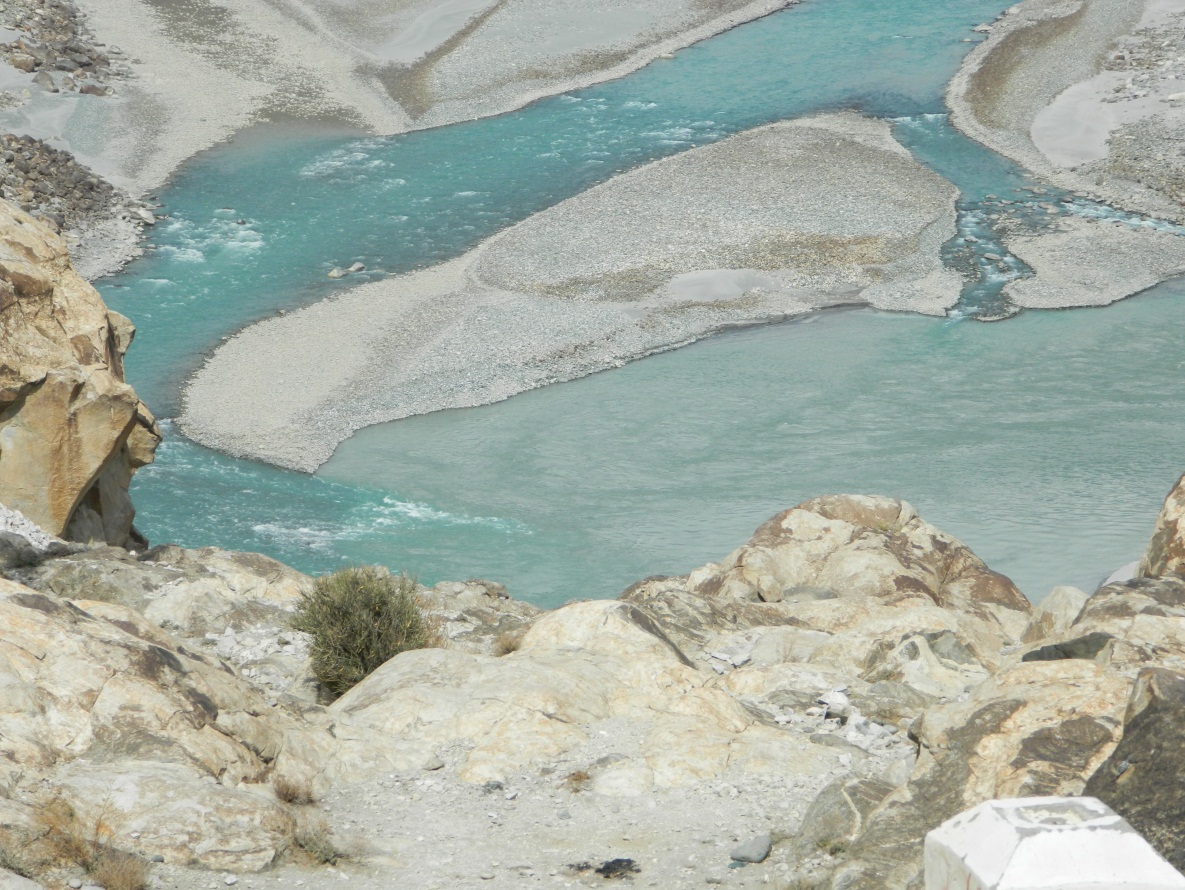 The surrounding mountains to this purposed National Monument will give clue to the soaring aspirations of a young nation while merging rivers giving away the message of unity within own country and intention to go along with other nations.

In recent years the site has caught attention of highway department and with the help of Chinese a view point with a well-constructed raised platform along with guidance boards has been emplaced.

The official board at this historical and geographical landmark reads

Where three mightiest mountain ranges of the world meet
“The Karakorum, Hindukash and Himalaya mountain ranges meet here at the confluence of River gilgit and River Indus.East across the Indus is Himalayas,Karakorum in the North and in the west is Hindukush.The Himalaya is about 2400 km long, runs through Nepal,Bhutan,China, India and Pakistan.The Karakorum 500 km long mostly lies in the Gilgit , Baltistan, Pakistan.The 966 km long Hindukush straddles both Afghanistan an Pakistan.

Hence to acknowledge and under score the importance of  this iconic point, it needs a National Monument may be  in the form of a watch / view tower or some other structure.

Astride modern day marvel Karakorum Highway and centuries old Indus River flowing nearby, under the shadow of three mightiest mountain ranges of the world,  this monument is already half built by nature.
The remaining job is ours.