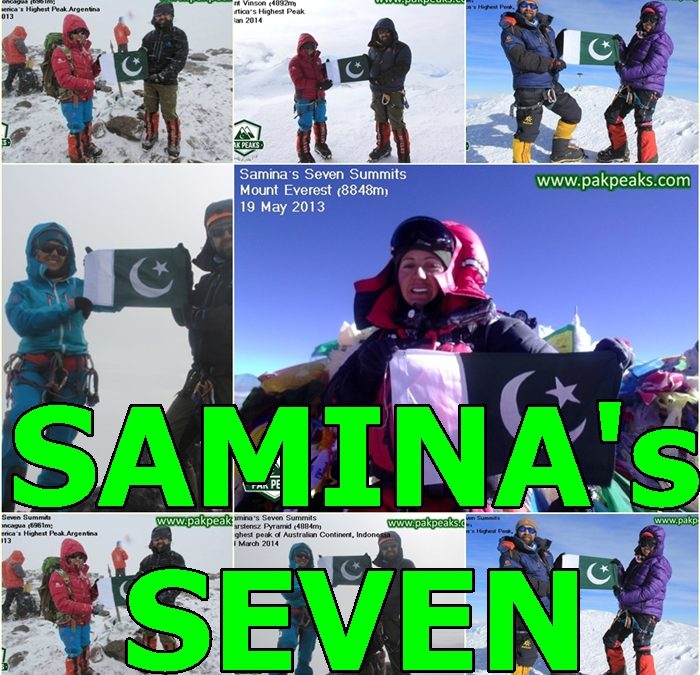 Samina Khayal Baig from Shimshal, Gilgit Baltistan catapulted into international fame once on 19 May 2013 she became third Pakistani to climb Mount Everest. Samina is also the first Pakistani woman and the first Muslim to climb the seven summits.

The term “Seven Summits” applies to the highest mountains of each of the seven continents.The Seven Summits  is considered as an exploration and mountaineering accomplishment that was first achieved on April 30, 1985 by Richard Bass.Samina Baig set the record of capturing the seven summits in record age of 23 years and record time of 14 months.Here is a review of her great feat. 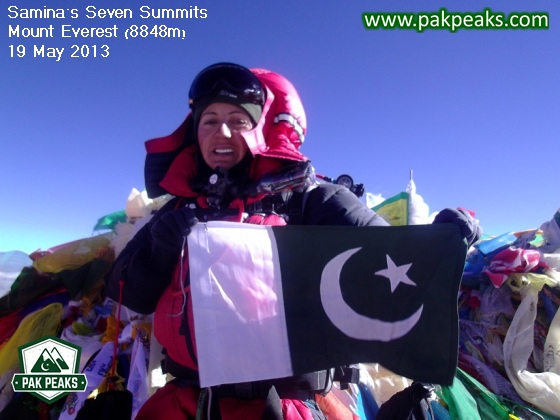 On  19 May 2013 Samina became third Pakistani to climb Mount Everest. She is also the youngest Muslim woman to climb Everest, having done so at the age of 21. Samina is also the first Pakistani woman to reach Everest Summit. 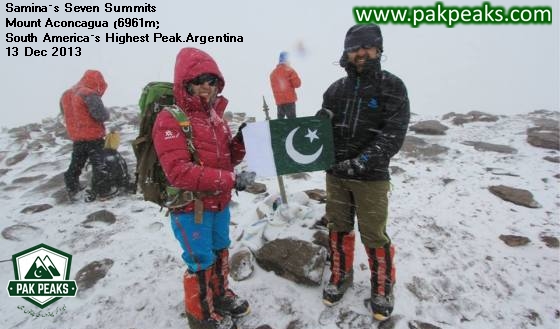 In December 2013, Samina Khayal Baig summited second of her seven summits i.e Mount Aconcagua in Argentina, the highest peak in South America.Aconcagua is the highest mountain outside Asia, at 6,961 metres (22,838 ft), and by extension the highest point in both the Western Hemisphere and the Southern Hemisphere. Altitude wise nearest PakPeak can be PakPeak Tall Laila (6985m) and PakPeak Karun Koh (6977m). 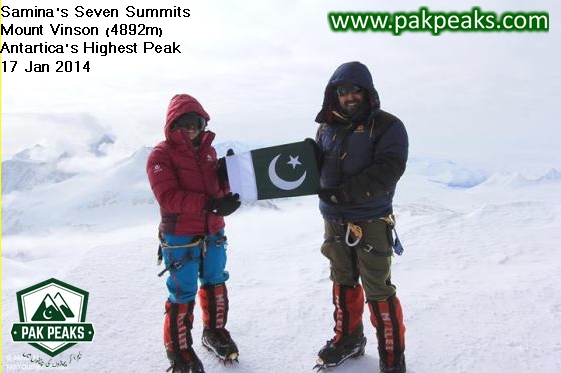 Mount Vinson was third of Samina’s Seven.She along with her brother  on 17 January 2014  successfully scaled the 4,892-metre Mount Vinson in the planet’s southernmost continent i.e Antartica as part of a five-member team. 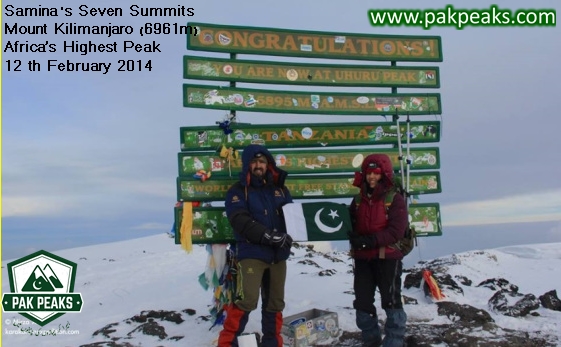 Mount Kilimanjaro with its three volcanic cones, is a dormant volcano in Tanzania. It is the highest mountain in Africa. Samina Baig alongwith her brother reached the summit on 12 th February 2014 at 7:11am.It was her fourth  of seven summits. 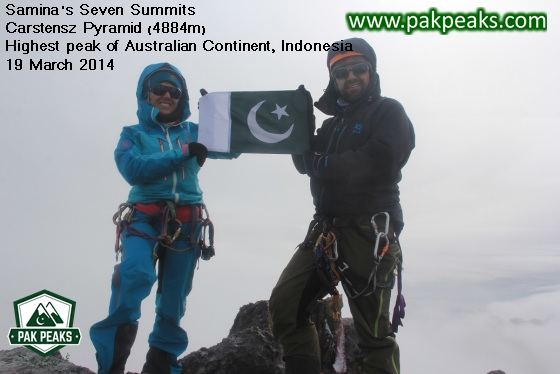 In March 2014,Samina Baig and Mirza Ali reached the top of the 4,884 metres-high Mount Carstensz Pyramid, the highest peak in Austalian Continent. After a six hour long, grueling climb, the siblings jointly hoisted the Pakistani flag on top of the mountain at 4:40 am PST. 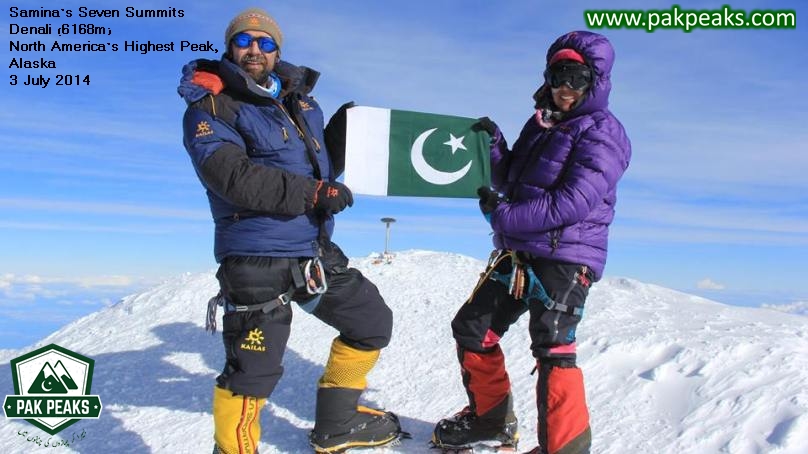 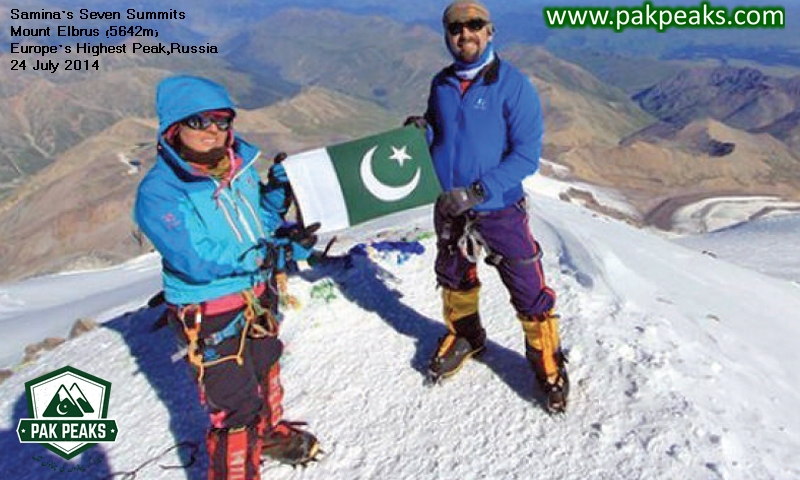 Located in Russia Mount Elbrus is the highest mountain of Europe which is 5,642 metres tall. The closest PakPeak is estimated to be at 5639m high PakPeak Mehrbani (or Khaitar) located near Chaprot Pass in Karakorum. On 24 July 2014 at 9 am Samina Baig stood at the top of Mt Elbrus with her brother, holding the Pakistani flag.

With this summit, the 23 years old climber completed the challenge of climbing seven of the highest mountains around the world, in 14 months time starting from Mount Everest which she conquered in May, 2013.