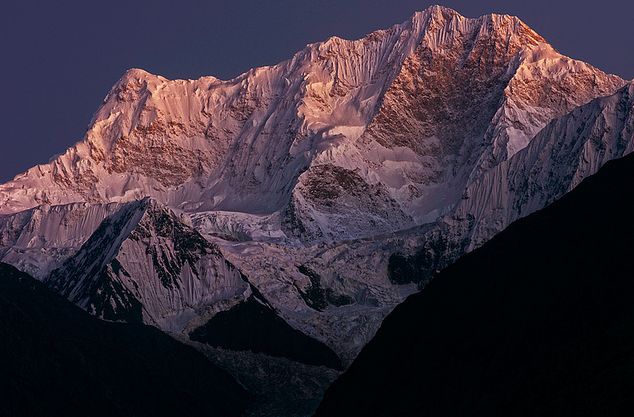 The mesmerizing and mysterious Disteghil Sar Standing at 7885m, is the 8th highest peak in Pakistan and 19th highest mountain on earth. It is the highest mountain in the Hispar Muztagh, a subrange of the Karakoram mountain range, in Gilgit-Baltistan, Pakistan.

The mountain has an about 3 km long top ridge above 7400m with three distinct summits:

Counted as distinct peaks they are 8th, 16th and 23rd highest PakPeaks respectively.

Climbing Hist
In 1957, an English expedition attempted to climb the mountain from the South and the West, but failed due to bad weather. Likewise, weather foiled a 1959 Swiss attempt over the southeast ridge.

Distaghil Sar was first climbed in 1960 by Günther Stärker and Diether Marchart of an Austrian expedition led by Wolfgang Stefan. The expedition climbed the western part of the South face and continued over the southwest ridge to the highest summit.

The highest, western summit has been scaled twice since in 1980 and 1982 over the original route.

Two attempts over the daunting north face, in 1988 and 1998, were unsuccessful.

The eastern summit was first climbed in 1980 by a Polish expedition over the east face, and was re ascended in 1983. 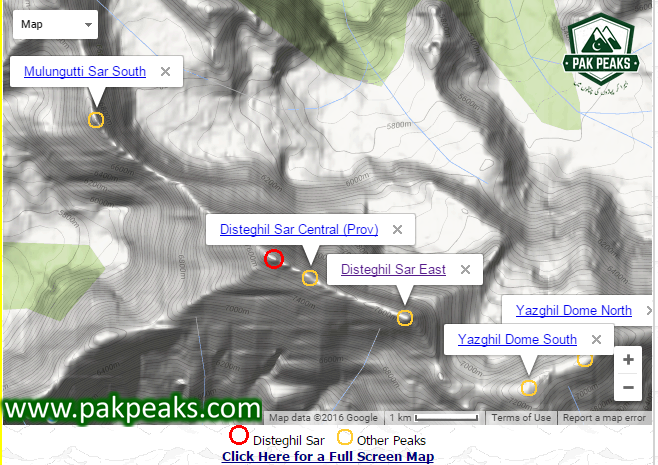 Diesteghil Group of PakPeaks consist of six mountains. Apart from three given above other three peaks of the Diestgil group include:-